So you want to go to snorkeling as part of your time on the Big Island!

Which are the best beaches on the Big Island for snorkeling?

Well, the thing about the Big Island, unlike other islands in Hawaii, is that some of the best snorkeling spots don’t really have much of a sandy beach. More on this below. 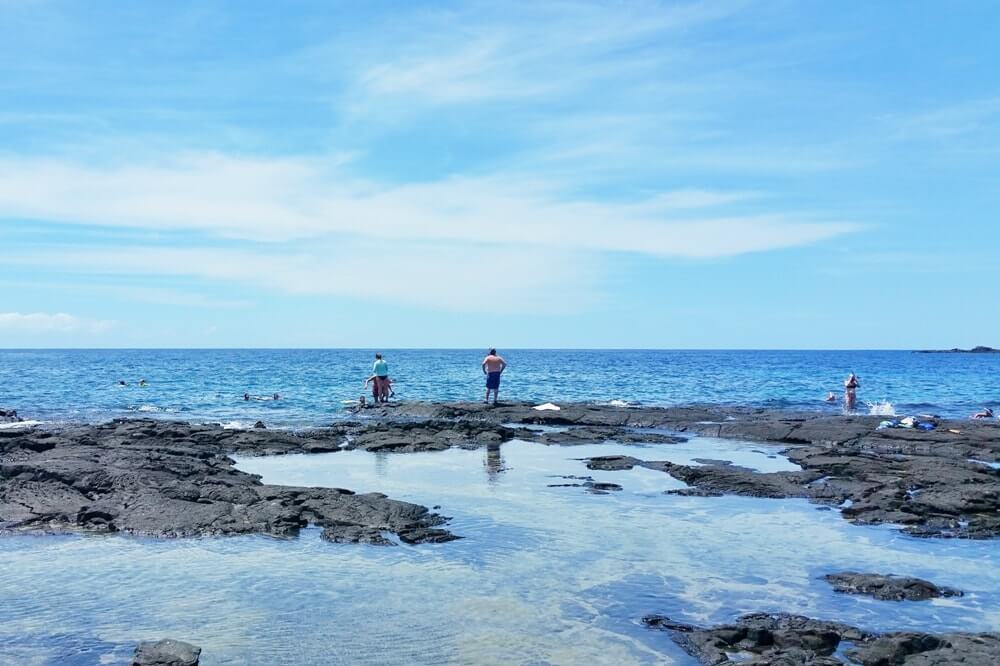 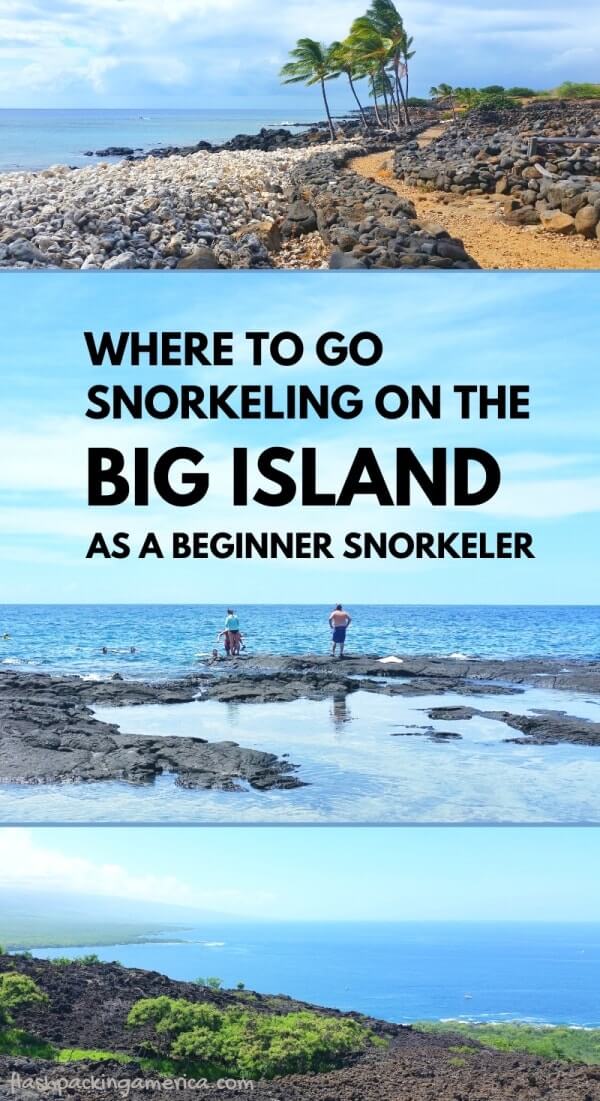 First, the quick list of the top 3 snorkeling spots that are a part of the Big Island marine life conservation district.

3 of the top protected snorkeling spots on the Big Island 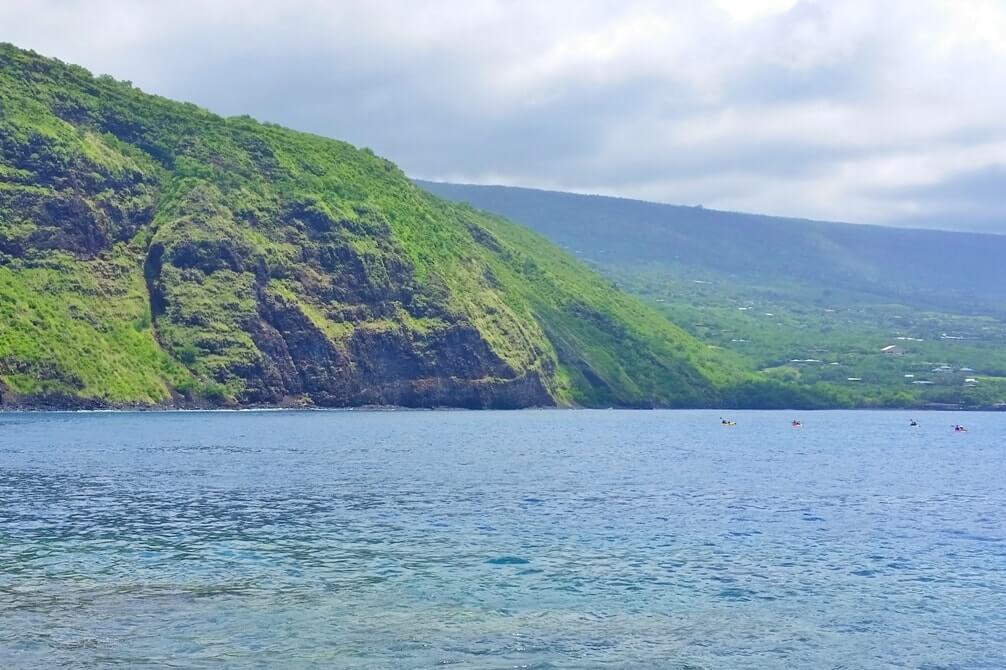 Located south of Kailua-Kona, you can hike to get to this snorkeling spot, or go for a kayak tour or boat tour. 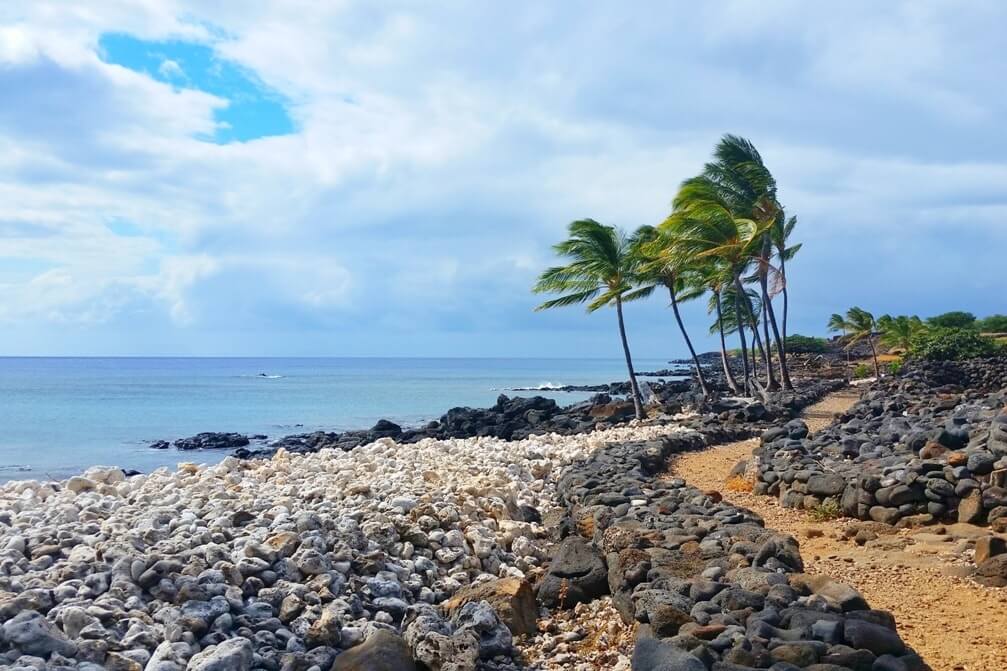 Located north of Kailua-Kona, far north on the Kohala coast, this snorkeling spot is a part of the Lapakahi State Historical Park. 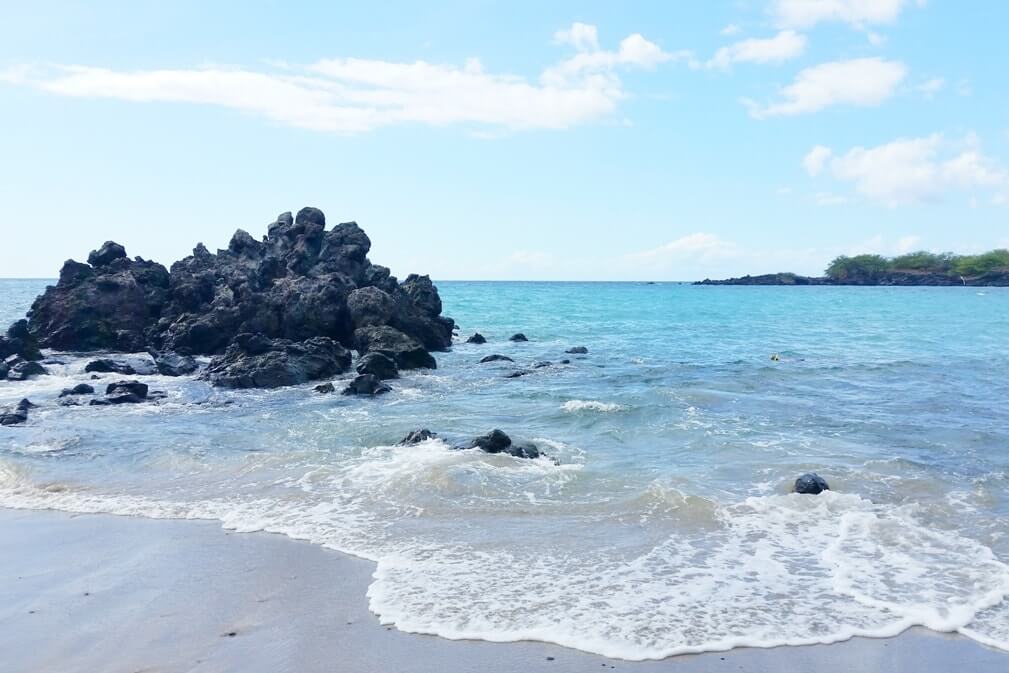 So what makes these beaches among the top snorkeling spots on the Big Island?!

In Hawaii, there are what’s called marine life conservation districts.

This means that these areas just off the shore are more protected for marine life.

This can make them good snorkeling spots.

The main Hawaiian islands of the Big Island, Maui, Lanai, and Oahu have these conservation districts.

On the Big Island, there are officially 5 listed marine life conservation districts:

I didn’t make it to the Old Kona Airport snorkeling spot. The Waiopae Tidepools no longer exist because of volcano lava flows that covered these tide pools.

Aside from the Kapoho tide pools that no longer exist, you can access these snorkeling spots from shore on your own.

More below about getting to the Kona snorkeling spots on your own!

Best snorkeling spots on the Big Island from shore

aka snorkeling beaches on the Big Island!

Most of the spots listed below are FREE.

There are basically 3 ways to get to the Kealakekua Bay snorkeling spot: hike, kayak, or boat.

The free way to get to Kealakekua Bay is to hike the Captain Cook Monument Trail. Make it a hike and snorkel day! Make sure you are prepared for hot weather hiking with WATER and SNACKS!

There is a small parking area near the trailhead right off the main road.

And once you reach sea level, you will basically just hop into the ocean. No real beach here.

If you’d rather not hike, then you can book a paid snorkeling tour to get there by way of a kayak tour or a boat tour.

And, um, this isn’t meant to scare you, but it was reported that there was a shark attack at Kealakekua Bay in 2019. There have been many people who have gone snorkeling in Kealakekua Bay since then and there haven’t been any more shark encounters it seems, though! As they say, in general, shark attacks in Hawaii are rare.

This is a quieter snorkeling spot at Lapakahi State Historical Park.

It’s a rocky entrance, so if you’re not wearing snorkeling fins, be sure that you bring water shoes for snorkeling as part of your Hawaii snorkeling essentials.

There will be a sign that tells you the best entry point.

While you’re here, you can also do a coastal walk alongside what remains of an ancient Hawaiian village (pdf).

If you’re staying in Kona, you may consider stopping by Lapakahi state park on your way back from a trip to Pololu Valley.

Waialae Beach is also called Beach 69. A local said he had always thought it was called that because of the nearby numbered marker.

I believe there was a $5 parking fee here if you’re not a Hawaii resident.

This is another great snorkeling spot to consider.

There’s not much of a sandy beach here at all, so people come here primarily for snorkeling.

It can be a lava rock entry where you climb down into the water by stepping on rocks, so once again if you’re not wearing fins it’ll be better to have water shoes. You can also avoid this lava rock entry if you don’t mind a little extra swimming. You can walk right into the water over on the left side by using the paved canoe launch.

Two Step beach is quite literally located next to the national historical park (one of the parks you can use a Hawaii national park pass at), so if you have plans to go there, it’s perfect to go snorkeling after a visit to the park.

There are very limited parking spaces directly along the shore. There is paid parking of maybe like $5 right in the lot right in front of Honaunau Bay. I believe this is cash only. You can also find free parking that’s a minute or 2 walk away. If you’re going to the national historical park, it’s also reasonable to just walk from that parking lot to Two Step, a walk of a few minutes.

This is probably the best snorkeling spot located near Kailua-Kona town. This is a beach park, and there are proper bathroom facilities as well as a lifeguard here.

It’s also possible to get to Kahaluu Beach by using the Kona bike sharing bicycles. Make it a bike and snorkel day!

And there you have it!

Some of the best snorkeling spots on the Big Island to consider making a part of your trip to Hawaii!

Places I saw turtles swimming in the water:

Snorkeling alone in Kona and the Big Island

It is best to not snorkel alone on the Big Island (or anywhere) if you are traveling to Hawaii alone.

That said, with the exception of Lapakahi, these listed snorkeling spots I would generally say would be fine if you are a solo snorkeler on the Big Island, for the reason that there will likely be many people around as they are among the popular snorkeling spots on the Big Island. This at least gives you more of a chance that someone sees you if you get into trouble in the water.

The snorkeling beaches on this list with the most people are likely Two Step (Honaunau Bay) and Kahaluu Beach. These are the easiest to access and among the best known beaches on this list. Waialae Beach is also easy to access and would likely also have people. If tourism is back, then also possibly Kealakekua Bay because of the boat tours and kayak tours that go there. The only beach with a lifeguard is Kahaluu Beach.

Whether you are snorkeling alone or you have a snorkeling buddy, be sure that you take care when snorkeling, always! The ocean is beautiful, but it’s also powerful and can be dangerous!

NOT snorkeling alone on the Big Island will always be safer…

What to pack for snorkeling in Kona and the Big Island

Pack a waterproof phone pouch for snorkeling for a CHEAP way to waterproof your phone so you can capture some underwater memories!

Pack this if you won’t be wearing fins when you snorkel.

Water shoes can help to protect your feet from hidden rocks on the beach and if you accidentally hit coral reef.

And, they can be good for a snorkeling entry that’s not sandy… like the lava rock entry at Two Step!

The type of sunscreen that you wear is kind of a big deal for locals in Hawaii.

There is now a ban in sales in Hawaii of sunscreen that contain certain chemicals.

Now, you could buy any sunscreen you like back home and then bring it to Hawaii.

But… it would likely be very appreciated if you wear a type of reef-safe sunscreen that locals prefer!

Best sunscreen for Kona: See more about how to know if your sunscreen is the good type for snorkeling on the Big Island.

Pack this to have your own snorkeling gear for your future snorkeling trips too!

It is possible to rent snorkeling gear on Maui, and you can also find some basic snorkel sets sold in convenience stores, like ABC Store in Kaanapali and Wailea.

But it can be convenient to not have to spend time shopping for this when you don’t have a lot of time during your Hawaii vacation!

See more of snorkeling essentials for Hawaii, including why to wear a rash guard when snorkeling!

Also see more of what to do in Kona and great places to see old lava flows in Kona and the rest of the island.

Headed to another island in Hawaii? See more snorkeling spots on other Hawaiian islands!

HAPPY SNORKELING ON THE BIG ISLAND! 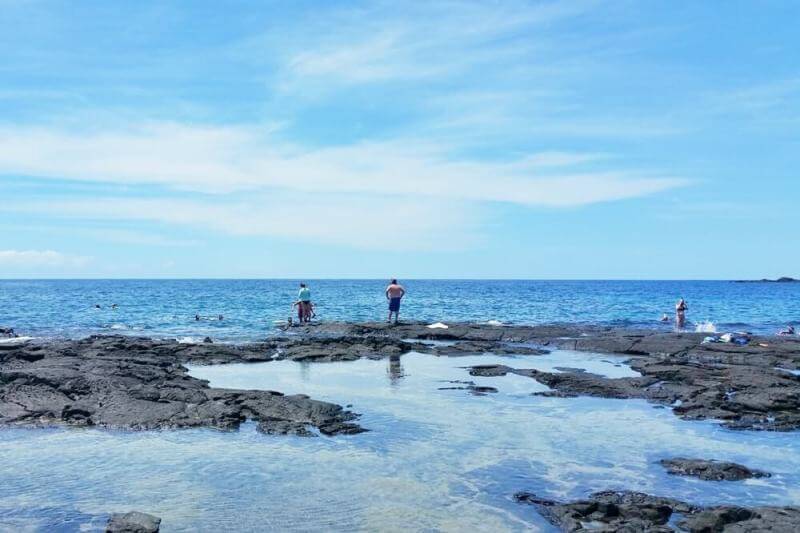