So, are there national parks in Hawaii?

YES! There are national parks in Hawaii.

Which Hawaiian islands have a national park?

Then, a list with the various types of national park sites in Hawaii.

Following that, for easy reference there will be the quick lists of national park sites by island. (The main Hawaiian islands are Maui, Big Island, Oahu, Kauai, Molokai, and Lanai.)

And then there will be brief descriptions on each of the national park sites in Hawaii.

After that, a bit about the cost to go to Hawaii national park sites.

National parks in the U.S.

As of the beginning of 2021, there are a total of 63 national parks in the United States operated by the National Park Service (NPS).

For reference, here is the list of ALL national park sites in the United States. This includes the National Park Service’s “related areas” as well.

Where are the national parks in Hawaii?

There are 2 official national parks in Hawaii.

Is it worth visiting the national parks in Hawaii?!

There are 2 sides to Haleakala national park: the summit side and the coastal side.

On the summit side, a visit to the Haleakala volcano is one of the must-do activities on Maui. You can drive all the way up to the summit, which will take you to high altitude at 10,000+ ft. 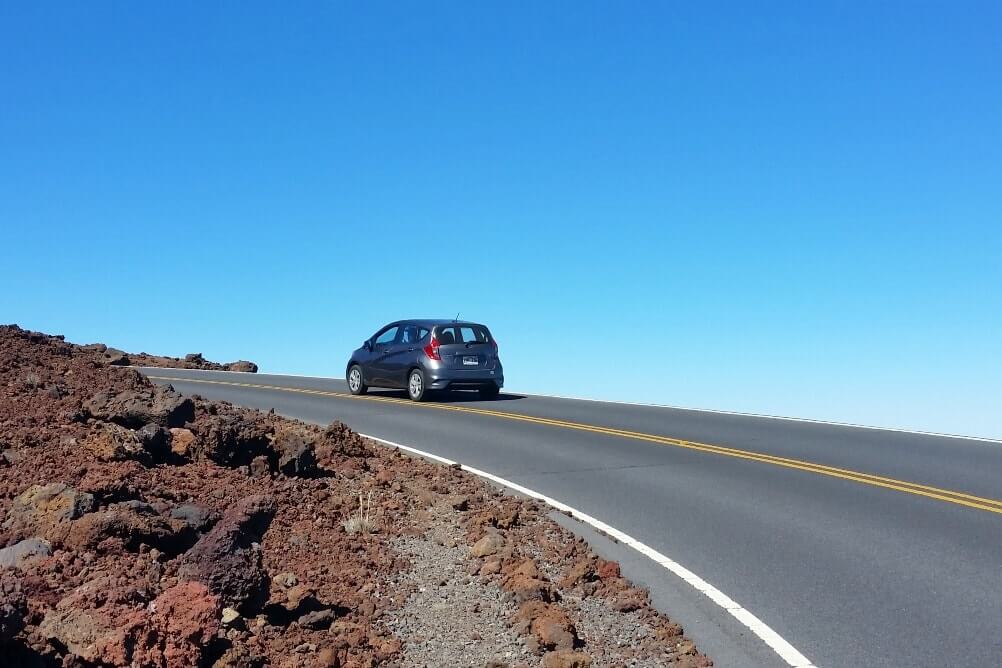 The big thing to do here is to see the Haleakala sunrise at the summit, with this being one of the popular activities on Maui. Due to the popularity of this, a permit is required for entry into the park between 3am and 7am.

If you are not so much up for waking up super early, it can be a worthy activity to visit the park during the day and visit the summit at that time. 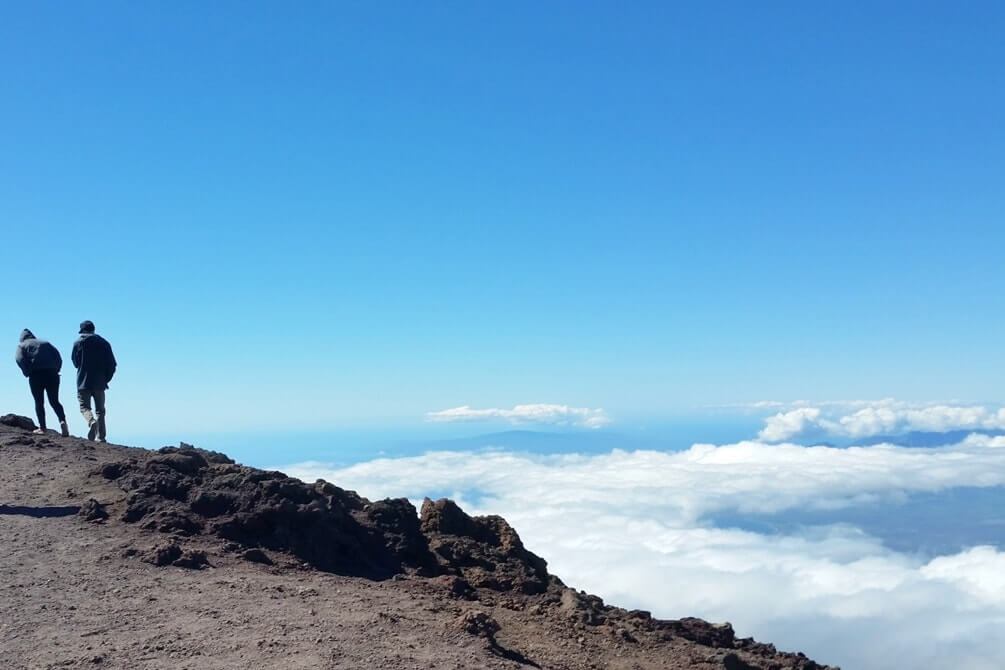 Besides visiting the Haleakala summit, the other worthy activity to do on this side of Maui’s national park is the Haleakala crater hike where you’re hiking into the crater that has the famous desert landscape views. 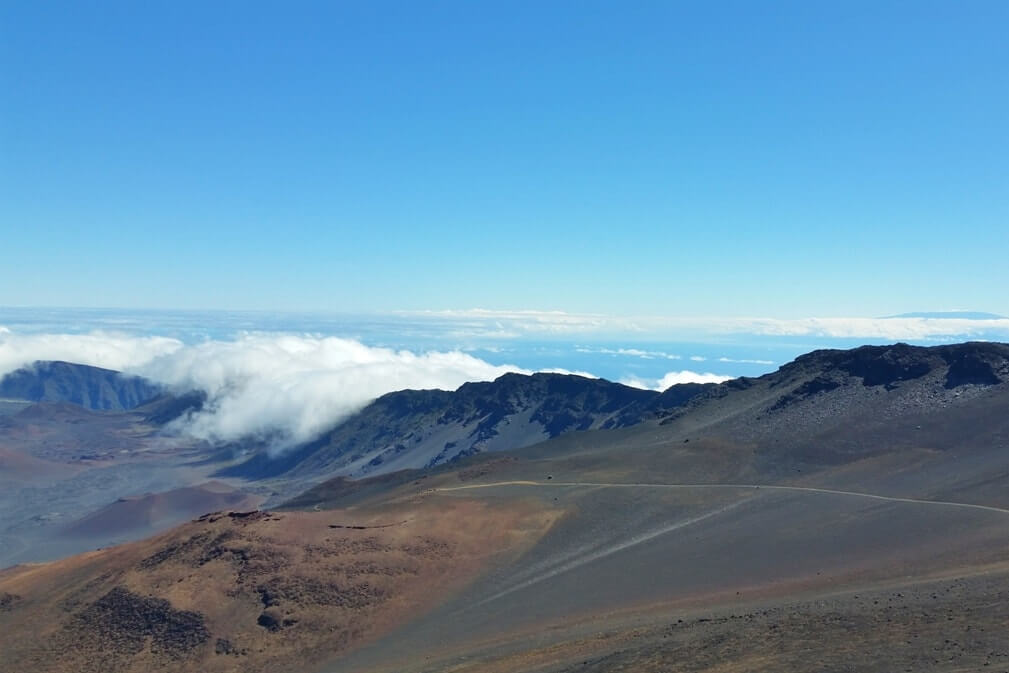 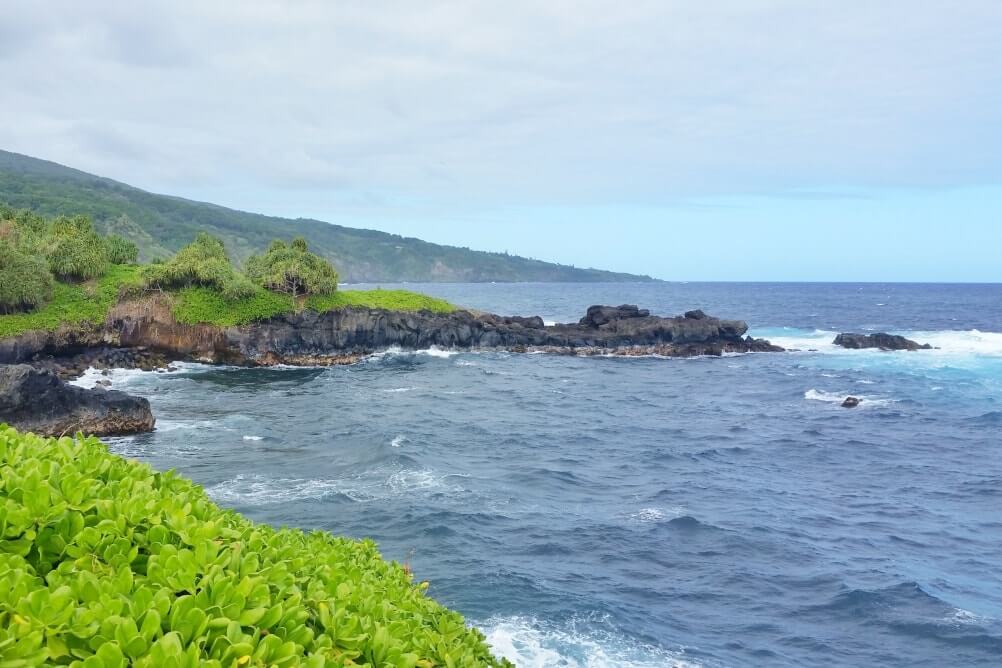 The popular activities on the coastal side of the national park include a hike through Maui’s famous bamboo forest. 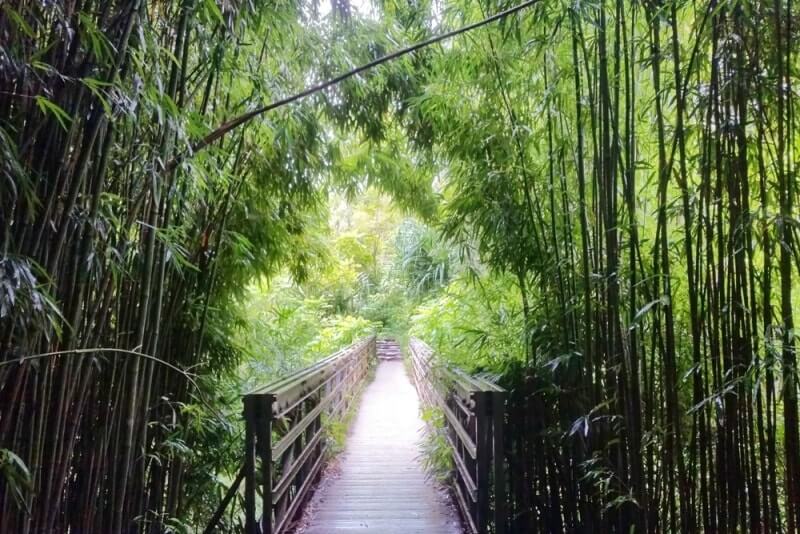 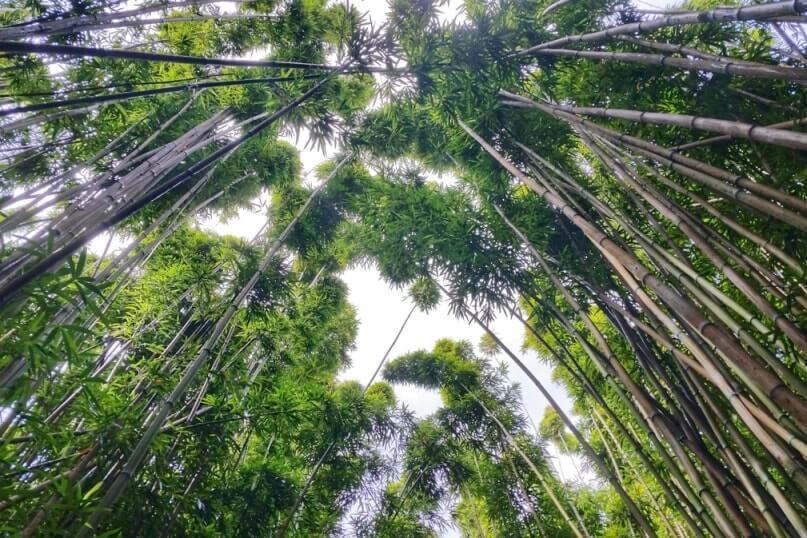 There are also waterfalls to see on this side of the national park. 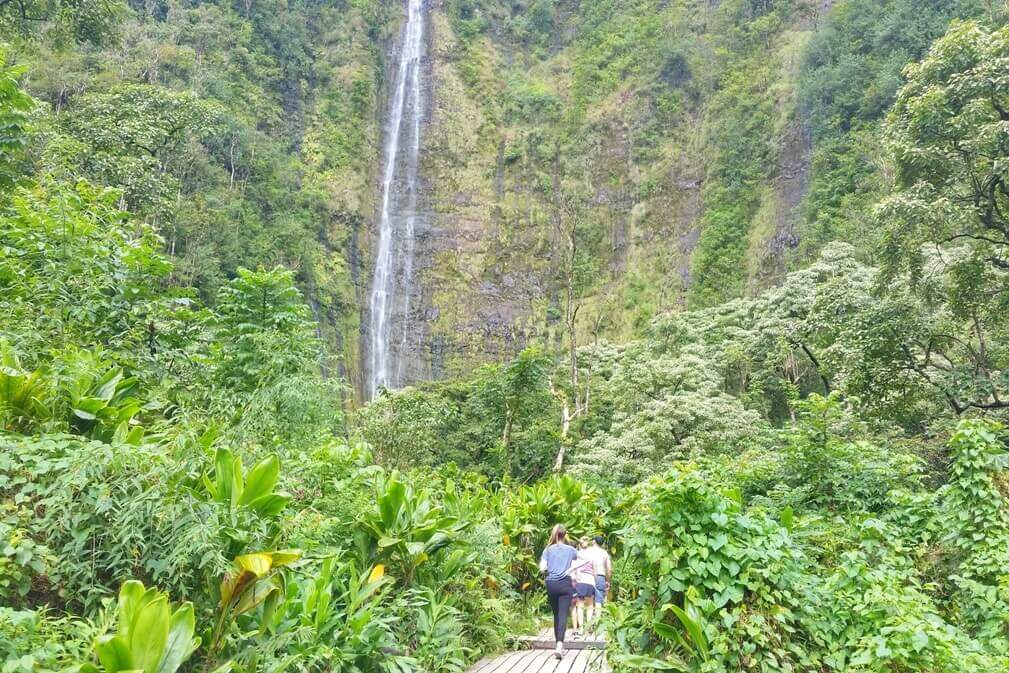 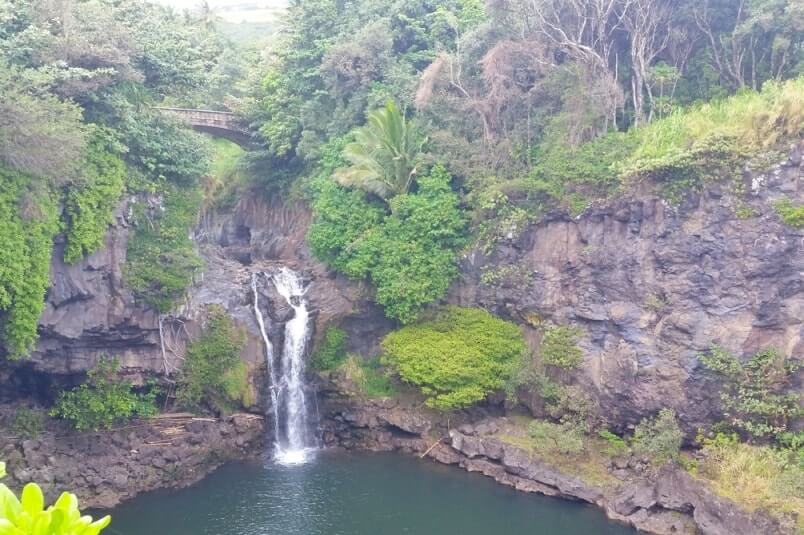 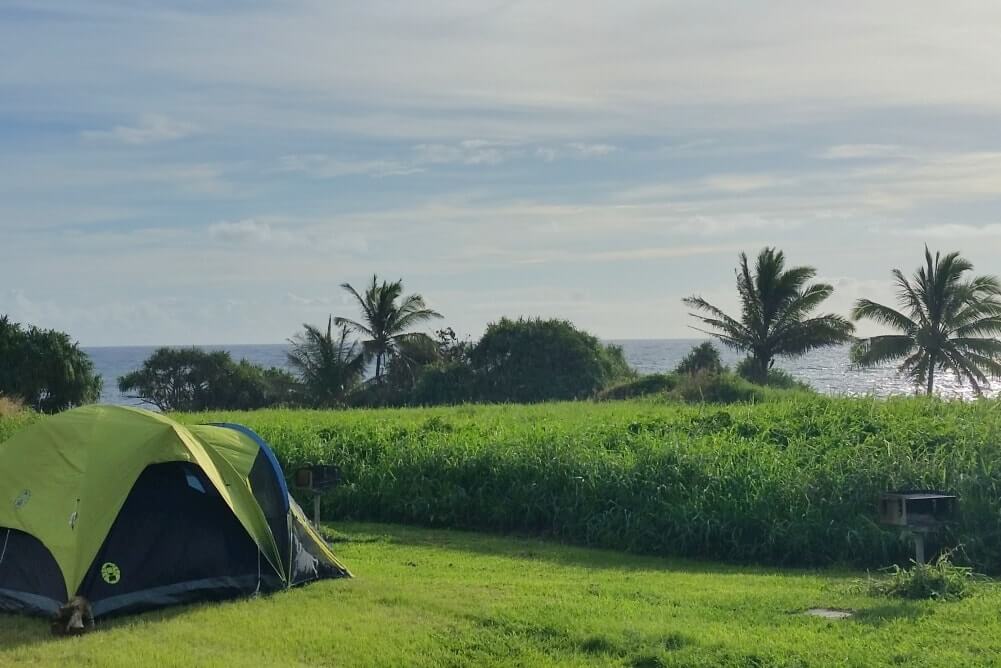 What has been the super popular thing to do in Hawaii Volcanoes National Park is to go for a chance to see active molten lava flowing (aka the red stuff).

The Big Island is known as THE island to visit in Hawaii if you want a chance to see active lava flowing. It’s not always guaranteed, though.

There was a volcano on the Big Island that continually was producing lava that could be seen for something like 30 years. But in 2018, that stopped. That meant no chance to see active lava.

It stopped for over 2 years.

But then, in December 2020, active lava started flowing again.

See the video below that was posted to twitter by the US Geological Survey.

Video from W rim of the caldera just before midnight. As of December 21 at 1:30 a.m. HST, the growing lava lake has almost reached the level of the lowest down-dropped block that formed during the 2018 collapse events. Over the past 2 hours, the lake has risen by ~10 m (32 ft). pic.twitter.com/Qbx1d6hbq4

So, will you be able to see active lava during your Hawaii national park trip in 2021?! There’s no certain way to know! You can check for the updates here.

Even if you can’t see the lava actively flowing, if you’ve never been to Hawaii Volcanoes National Park, it can still be worth it to visit this national park even though there’s no lava!

What you can see in the national park no matter what is the aftermath of all the lava that has flowed through over the years.

So you can still visit the park to see the result of all that active lava that flowed in the past by seeing the lava fields all around. There’s a road through the park that will allow you to drive past it, and you can also get out and walk across the hardened lava too. There’s old lava flows all over spanning to the coast.

There are 2 main roads in the park.

There’s Crater Rim Drive where you can see sulfur banks, steam vents, and a “trail of devastation.”

And then driving the Chain of Craters Road will take you to the coast.

Another one of the top spots in Hawaii Volcanoes National Park is a hike into a crater that used to be a lava lake.

And if you’re interested in volcanoes, there are other things to do on the Big Island outside of the national park to see remnants of past volcanic activity.

There are parts of the island where you can see vast lava fields aka great places to see old lava flows in Hawaii.

There are also many black sand beaches to see that get its black color as a result of volcanic activity. (Old lava flows eroded away and turned into black sand.)

You can also hike across lava fields, and you can also do a cave hike through a lava tube.

So that’s a bit about the 2 national parks in Hawaii!

There is 1 national park on Maui.

There is 1 national memorial on Oahu, along with 1 national historic site.

There is 1 national historical park on Molokai.

There are no national parks on Kauai.

There are no national parks on Lanai.

The quoted national park site descriptions below are as described by the National Park Service.

1. The only official national park on Maui is Haleakala National Park 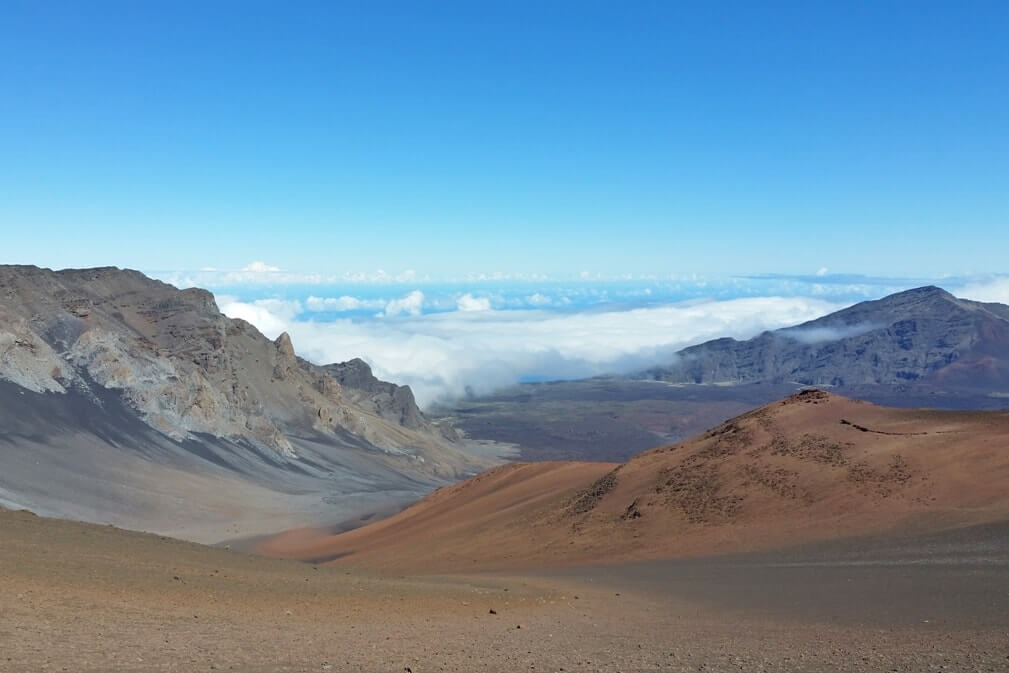 No place can prepare you for the experiences and feelings you will have on the summit of Haleakala volcano.

The landscape – deeply sculpted, richly colored, and intensely evocative – will be unlike any landscape you have known.

Read the reviews of this national park on Maui.

Haleakala National Park: See tips for planning a trip to Maui and this Hawaii national park

2. The only official national park on the Big Island is Hawaii Volcanoes National Park

Hawaii Volcanoes National Park protects some of the most unique geological, biological, and cultural landscapes in the world.

Extending from sea level to 13,677 feet, the park encompasses the summits of two of the world’s most active volcanoes – Kilauea and Mauna Loa.

Read the reviews of this national park on the Big island.

Hawaii Volcanoes National Park: See tips for planning a trip to the Big Island and this Hawaii national park 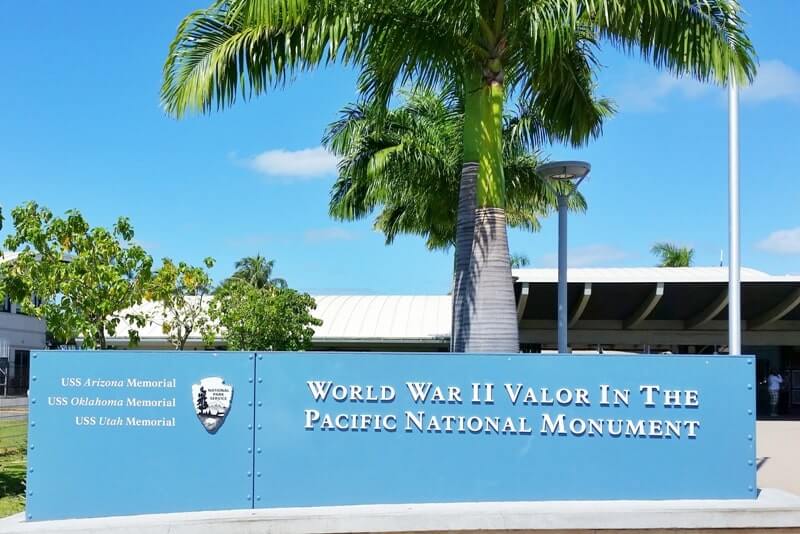 3. The only national memorial in Hawaii is Pearl Harbor National Memorial on Oahu

At the Pearl Harbor National Memorial, learn about one of the most pivotal moments in US history: the attack on Pearl Harbor, and the subsequent entry of the United States into World War II.

Read the reviews of this national memorial on Oahu. 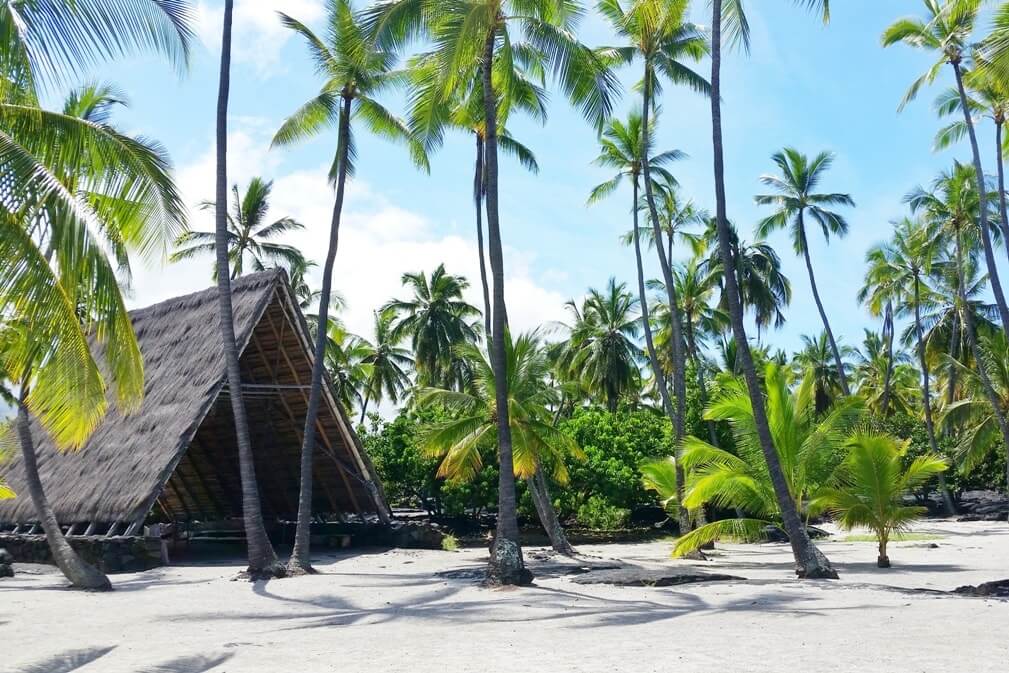 Imagine you had just broken the sacred laws, the kapu, and the only punishment was death.

Your only chance of survival is to elude your pursuers and reach the Pu’uhonua, a place of refuge.

The Pu’uhonua protected the kapu breaker, defeated warriors, as well as civilians during the time of battle.

No physical harm could come to those who reached the boundaries of the Pu’uhonua.

Read the reviews for this national historical park on the Big Island. 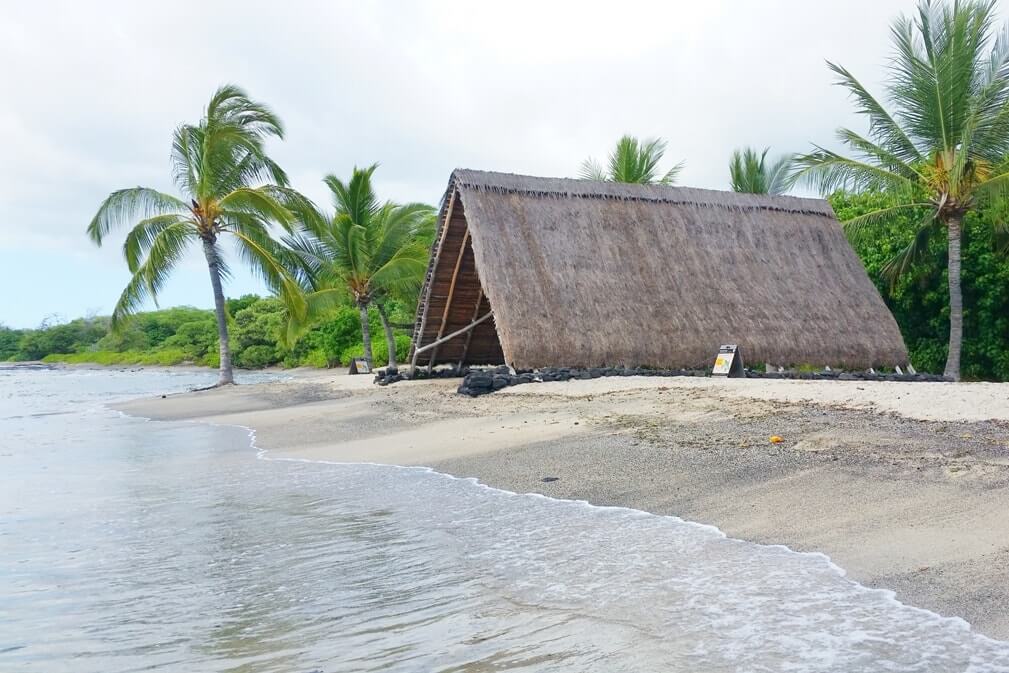 To survive in a hot and arid environment the native Hawaiians (kanaka maoli) used ancient fishing skills, including the building of fishponds, and the knowledge of the location of precious fresh water (wai) that flows into the many brackish pools throughout the park.

The spirit of the people (poe) and the knowledge of the elders (kupuna) created a tradition of respect and reverence for this area.

Read the reviews for this national historical park on the Big Island.

When Hansen’s disease (leprosy) was introduced to the Hawaiian Islands, King Kamehameha V banished all afflicted to the isolated Kalaupapa peninsula on the north shore of Molokai.

Once a prison, Kalaupapa is now refuge for the few remaining residents who are now cured, but were forced to live their lives in isolation.

Read the reviews for this national historical park on Molokai. 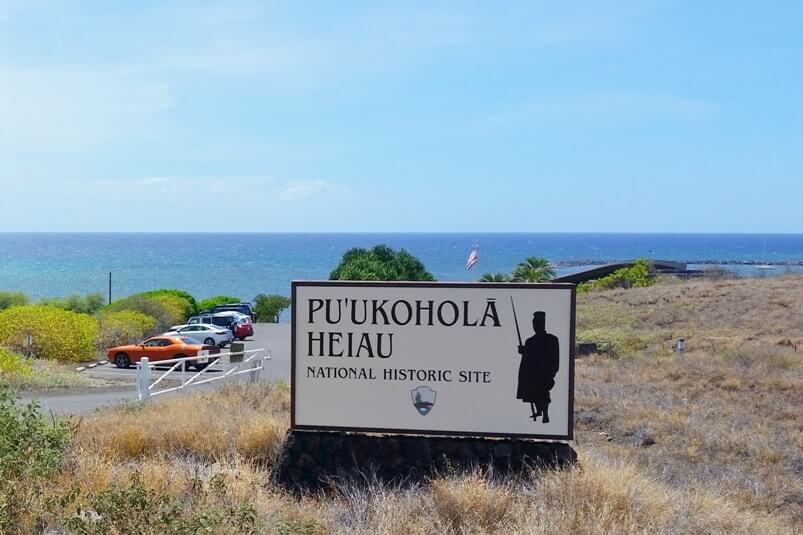 How many places in America can you walk in the footsteps of a king?

Where else has a stranded sailor risen up to become a great chief over an entire island?

Where else can you experience the culminating event of a people, foretold from centuries past?

Where else can you stand on a beach and watch as sharks pass over a submerged temple?

Experience all this and much more – only at Pu’ukohola Heiau!

A heiau is a place of worship for Hawaiians, often referred to as an ancient Hawaiian temple.

Read the reviews of this national historic site on the Big Island.

Although not yet open to the public, Honouliuli National Historic Site will tell the history of internment, martial law, and the experience of prisoners of war in Hawaii during World War II.

9. Ala Kahakai National Historic Trail on the Big Island

Established for the preservation, protection and interpretation of traditional Native Hawaiian culture and natural resources, Ala Kahakai National Historic Trail is a 175 mile corridor and trail network of cultural and historical significance.

It traverses through hundreds of ancient Hawaiian settlement sites and over 200 ahupua’a (traditional land divisions).

Read the reviews for one portion of this national historic trail on the Big Island. 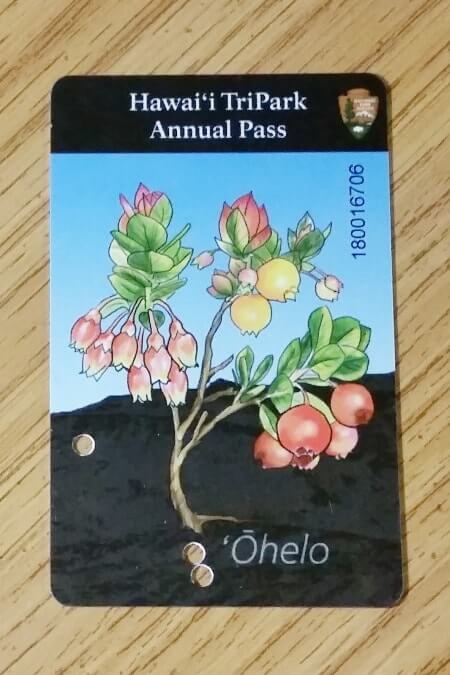 If you have an America the Beautiful annual national park pass, this will get you unlimited entry to the vast majority of national park sites in the United States, and that includes these Hawaii parks!

In order to go to Kalaupapa National Historical Park (Molokai), a permit is required. You can get this permit by booking a National Park Service approved tour that starts at around $150.

Aside from these parks, the cost to enter other national park sites is FREE.

While entry is free to the park grounds, there may be museums or tours you want to pay for at the Pearl Harbor National Memorial (Oahu) though.

And that’s a bit about the national park sites in Hawaii!

HAPPY PLANNING A VISIT TO A NATIONAL PARK IN HAWAII! 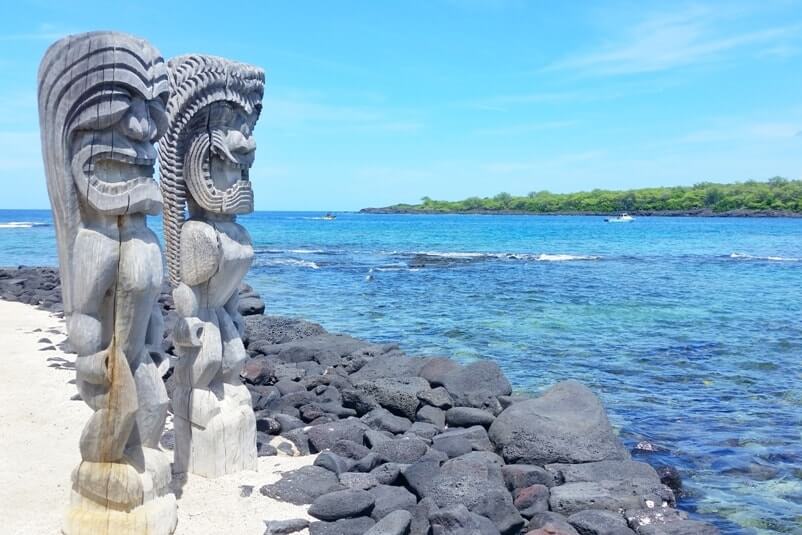 Possibly among the best Maui maps for tourists!

The Franko maps of Hawaii have a high level of detail for activities and it's beachproof aka waterproof. There's an "adventure" guide map and a "snorkel/dive" guide map. Plus a wall map for home to get you excited for your upcoming trip!

Be sure to take a look at the reviews of these amazing tours on Maui:

For more: More about some amazing Maui tours!