While this post focuses on the dangers at a specific location in Hawaii, the situation is not unique to this spot and the danger exists in many spots across Maui and the rest of the Hawaiian islands.

So the Olivine Pools are one of the popular tourist spots in West Maui.

It’s a bit of a hike over rocks to get down.

This spot can also be deadly. There have been many deaths and injuries at the Olivine Pools. (There are must-see videos below of people who had close-calls with rogue waves.)

I think it is still worth a visit to see the Olivine Pools. (“See” being the operative word!)

You can see the beautiful rugged coastline of Maui just by doing a little of the Olivine Pools Trail. (See more of what to do along the far northern shores of West Maui while you’re around here too!)

These lava rock pools are also a known tourist spot for swimming. And that’s the part that you might want to think further. It could be considered a risk if you do go swimming in the Olivine Pools.

What makes the Olivine Pools dangerous?

When you go to do the hike down to the Olivine Pools, you will see a sign at the beginning of the trailhead.

The ocean is hazardous under any conditions and may cause injury or death.

The following hazardous conditions may exist:

What could be the biggest danger of Maui’s famous tide pools?

This is an area in which something called a “rogue wave” is very possible. It’s also an area where waves can be strong. As long as you don’t get too close, it can even be a sight to see the waves crashing into the nearby cliffs and lava rocks.

But that beauty can also be deadly.

The Olivine Pools are quite literally right next to the ocean. And basically, waves can come right over these pools.

This means that the pools can seem calm, but then suddenly a wave can come crashing over them.

Rogue waves at this specific location have made it on the news.

Here’s a news report in the video below. (Not a video of the rogue waves – see further below for that.)

The worst case scenario is being swept out into the ocean. And this has actually happened, more than once.

People have actually died due to such rogue waves, and there have been injuries as well.

In one case, a dad died after he jumped into the ocean to save his daughter who got knocked over by a rogue wave.

Know that there’s a risk if you decide to swim here!

Another sign you’ll see near the start of the trailhead is a message from the family of someone who died at these very tide pools.

What this family wants you to know:

These pools are very beautiful but they are extremely dangerous.

We do not want anyone else lost at this site.

Any risk is too big to wager on any life.

Please be aware, these pools are the grave site of many.

They are unsafe even for the experienced traveler.


I have a lot of 30-90 second Maui outdoor travel videos. A few of them might be on this page. If you can't see the video directly below, it might be because you have an ad blocker. Save the Maui video playlist to watch on youtube later!
There are affiliate links on this page.

CAUGHT ON CAMERA: Almost being swept out to sea by a rogue wave at the olivine pools

Now, here are 2 videos which display the true power of the ocean.

The video below starts in the middle and you’ll soon see the rogue wave after the intro. No one was hurt. Seriously, WATCH THIS!

And the video below shows another rogue wave coming over the Olivine Pools. Watch this one too to see the crazy wave that came over. You need to watch through the end. It seems like no one was seriously injured by this wave.

So, the ocean can be dangerous especially at the Olivine Pools on Maui!

But this is not a reason to stay completely away!

It can still be a relatively safe visit without going all the way down to near sea level (aka what could be seen as the very risky part). Or you could even hike down, just don’t get too close to the edge!

It would be best to stay on dry rock, as that would be a better indication that waves haven’t touched there, although just because it’s dry near the edge doesn’t mean the next rogue wave couldn’t hit it.

Rogue waves have also been deadly down the coastline at the famous Nakalele blowhole spot, so be aware there too. Basically, don’t get too close to the edge where ocean waves can come crashing over.

And, this part of West Maui means beautiful views, including the drive to the Olivine Pools! 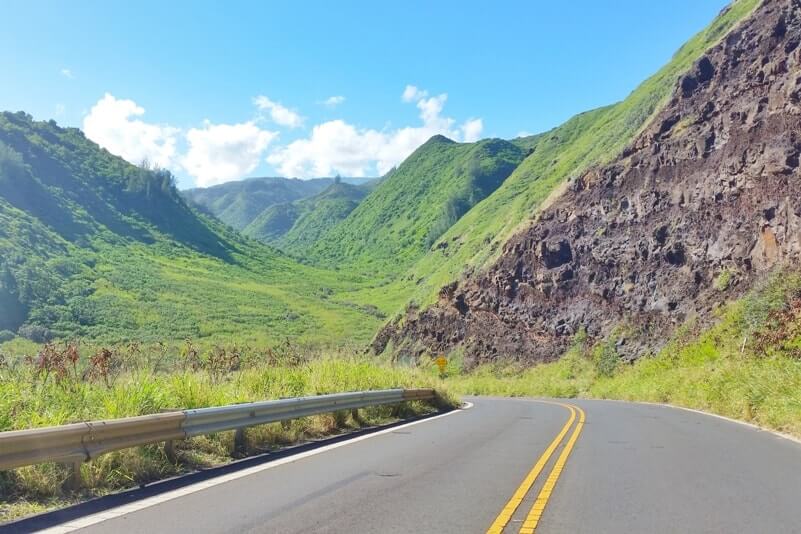 The parking area for the trail to the Olivine Pools is unmarked but it’s right along the highway.

See more of what to do near the Olivine Pools in the northern West Maui part of this list!

If you are looking for a way to spend your day that will keep you somewhat active, you can make it a day trip to West Maui with a bunch of shorter walks along with the hike to the Olivine Pools:

STAY SAFE DURING YOUR VISIT TO THE OLIVINE POOLS! 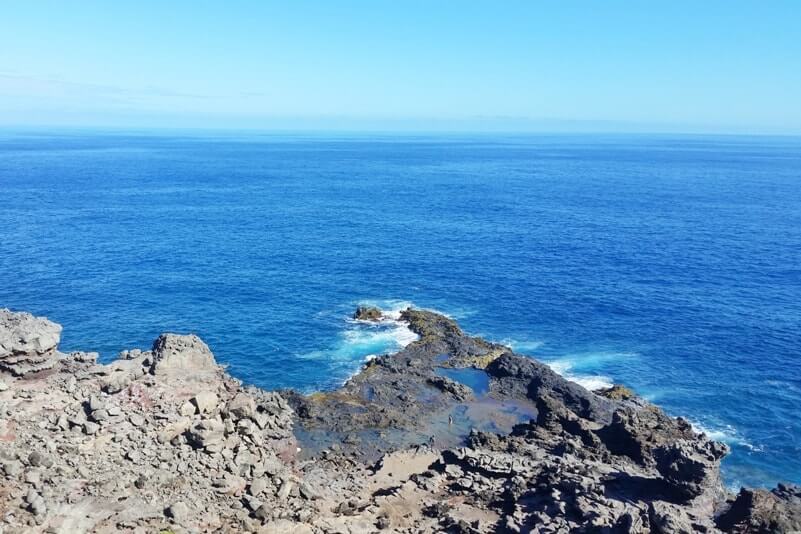