Kua Bay is a part of a Hawaii state park, the Kekaha Kai State Park. 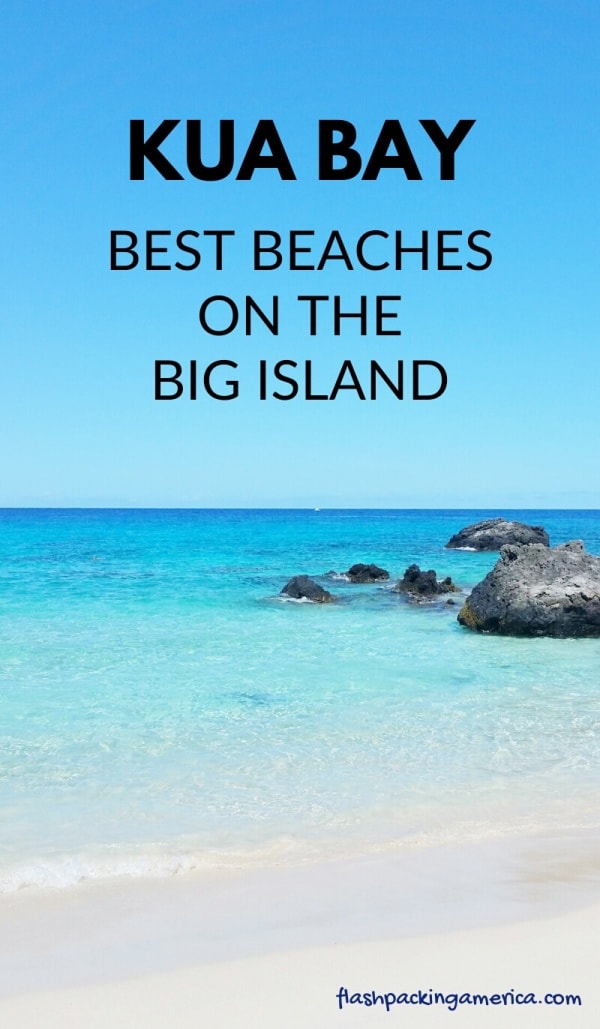 And lava rocks from a volcano! 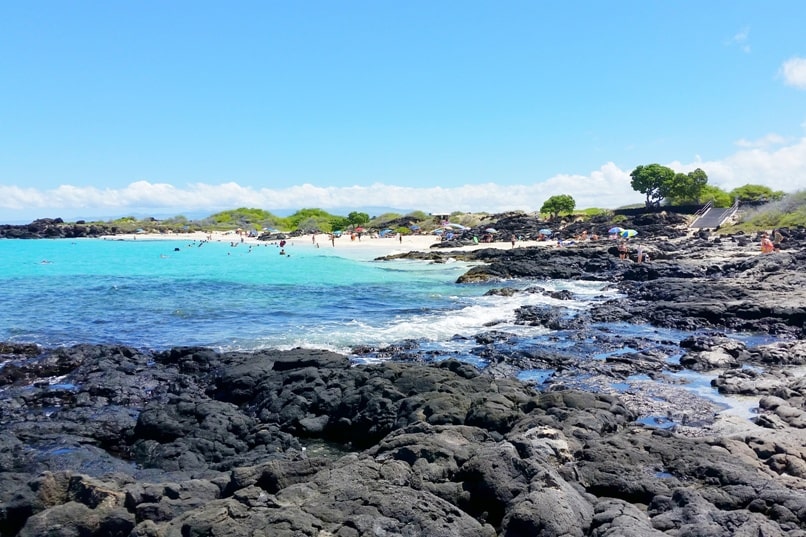 And with Hawaii being known for its beaches…

Can there be a better “very Big Island” and “very Hawaii” type beach than the beach at Kua Bay?!

Okay so actually, there are 2 more beaches within a couple of miles at the same state park (Kekaha Kai State Park)… which are also very amazing and can give you that “very Big Island” beach and “very Hawaii” beach type feel.

But for now, we’ll focus on the beach at Kua Bay because in many ways it can be the most convenient and the easiest to access between these beaches that are in the same area. (But a bit more about the other 2 beaches below in case you want more activity in your day – aka hiking!)

And in general, it’s always good to check for official alerts before you go (this can include beach warnings), and here’s the official state park website.

7 reasons to go to Kua Bay

I made a visit to the Kua Bay beach (aka Maniniowali Beach) in August 2019.

1. It’s a white sand beach on the Big Island!

…and among the best white sand beaches on the Big Island?!

2. The drive to the beach comes with ocean views

Once you turn off the highway and onto the road that leads directly to the state park, you’ll be treated to amazing coastal views for a great scenic drive on the Big Island!

3. It’s a part of a Hawaii state park

4. There are beach facilities 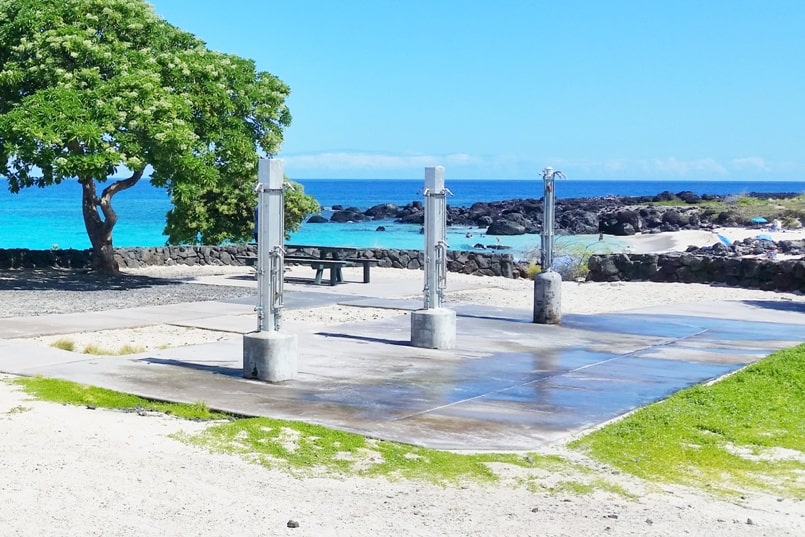 There are bathrooms right near the parking lot, and then there are outdoor showers to rinse off sand and salt water after your day at the beach.

There’s a lifeguard at this Hawaii state park beach (this is a relatively recent addition), but still be sure to take care when you’re in the water!

That goes for any beach you go to on the Big Island!

Kua Bay is right near the airport, maybe a 10-15 minute drive.

This means that you’ll see the occasional airplane in the sky with the flights arriving to the Big Island.

But what makes this a good thing…

If you’re arriving to Kona airport during the day, or if you have a few hours to spare before your flight out of the Kona airport…

Or, if you have a layover at Kona airport of more than a few hours, you can rent a car directly at the airport and then head over to Kua Bay for enjoy your short time on the Big Island!

There are 2 main entrances to Kekaha Kai State Park.

The one to get to Kua Bay directly is the one with the sign for the Maniniowali section. This is the northern side of the state park, so the second main state park entrance when you’re coming from Kona airport.

So the 3 great white sand beaches at Kekaha Kai State Park are:

If you’re up for a long day of hiking, you can go beach hopping by foot!

This is how I did this beach to beach hike from Kua Bay to Mahaiula Beach (and back) at Kekaha Kai state park:

This did basically take me the full day, but it was amazing views nearly the whole time!

For a short hike at the state park with amazing views of the Kona coast from higher up, see the Puu Kuili hike which you can start from the Kua Bay parking lot! 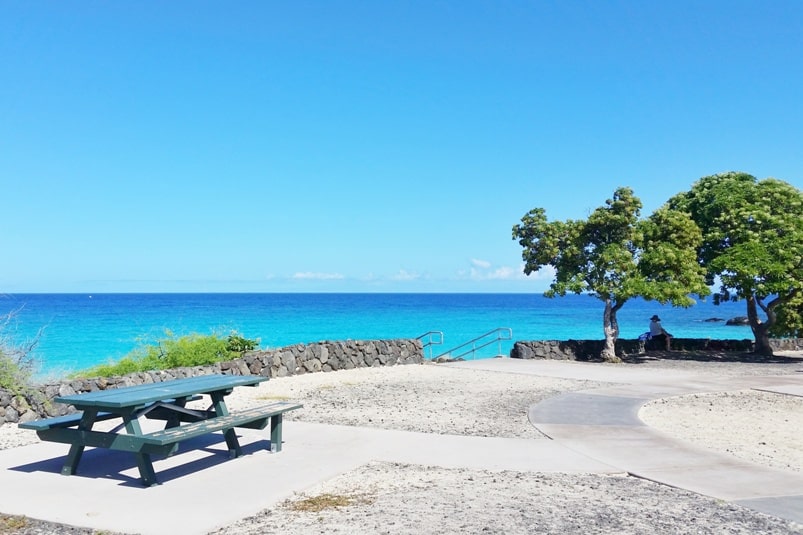 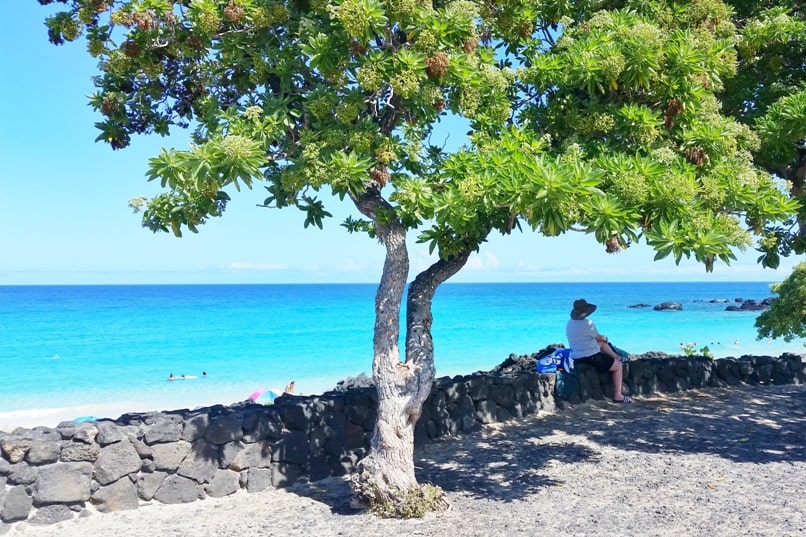 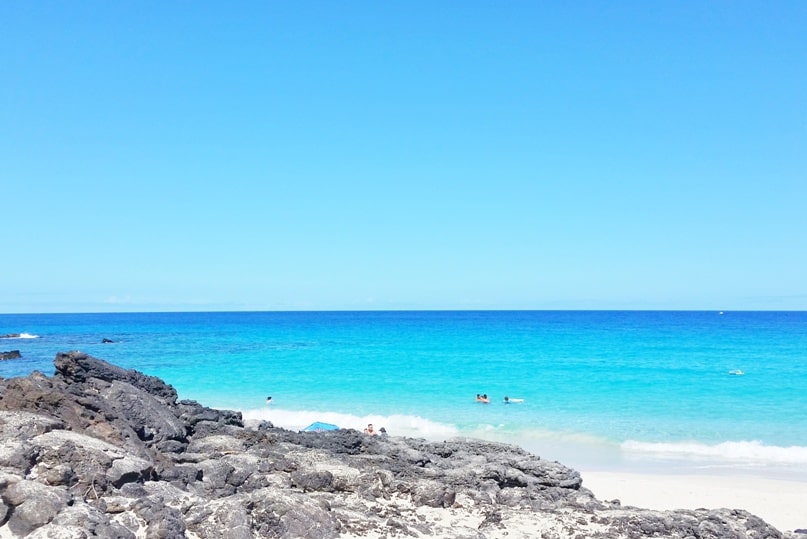 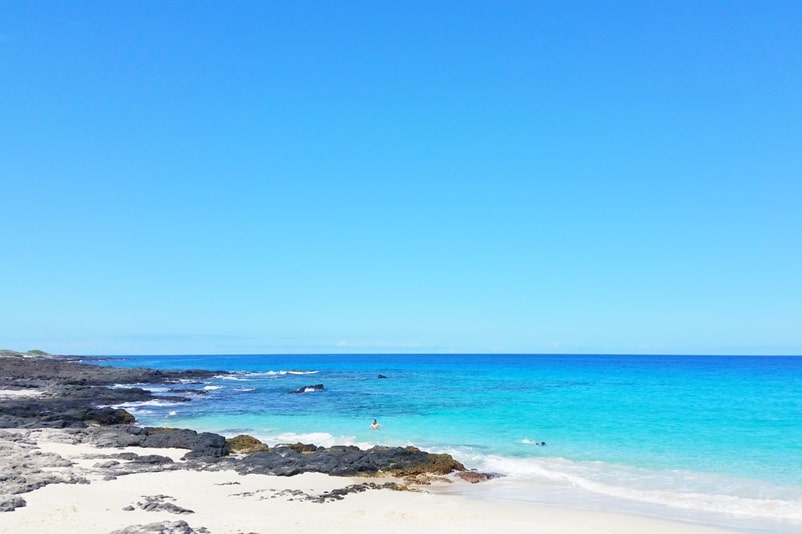 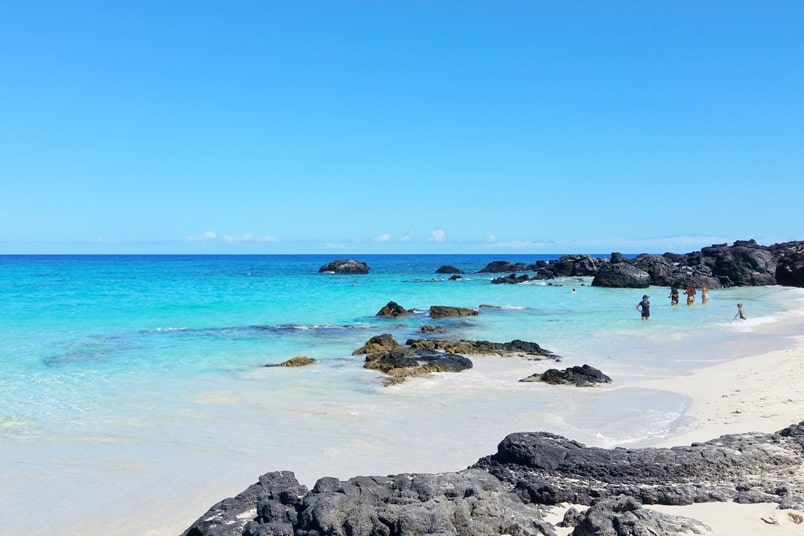 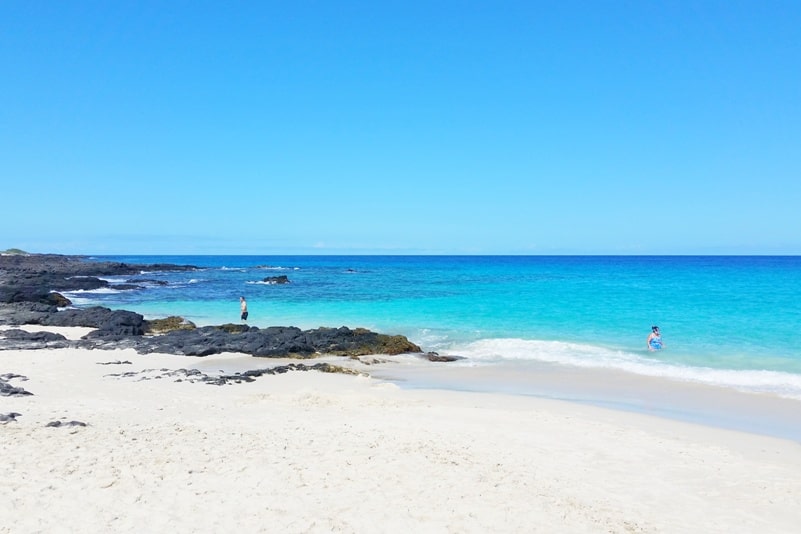 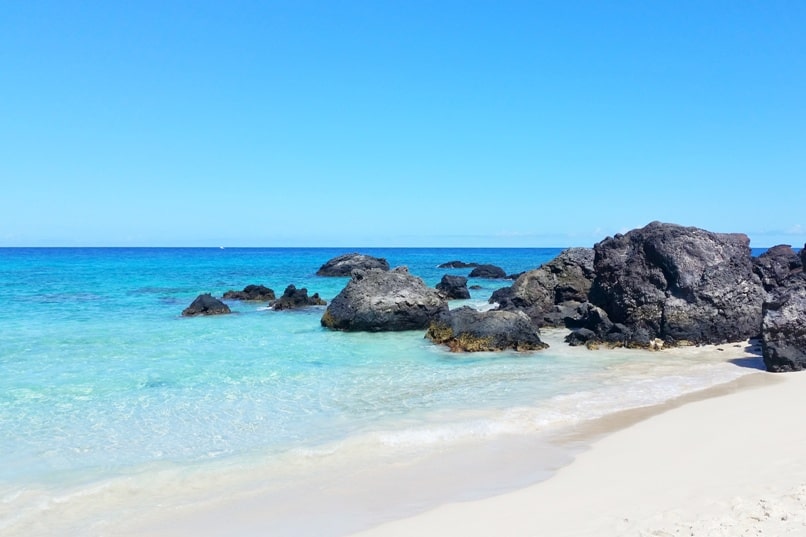 And that’s a bit of what you might see with a visit to Kua Bay!

HAPPY SEEING A WHITE SAND BEACH ON THE BIG ISLAND AT KUA BAY!