SOUTH MAUI 🌴 I did the 15+ best things to do near Wailea (mostly FREE + outdoors!) beaches + hiking 🌴 Maui Hawaii travel blog

South Maui is all about seeing the beauty of Hawaii!

Okay so maybe all of Maui is like that.

What is South Maui?

Yes, South Maui is overall on the southern side of Maui.

But what is specifically known as South Maui is generally the western shores of the southern part of the island. If you’re looking at a map of Maui, it won’t include the entire area which you might consider to be the southern side of Maui.

As far as the road that you can drive, this translates roughly from Kihei onwards south along the coast.

For this list below of things to do in South Maui, this will generally start right around the Wailea area. And then basically from there, it will take you as far south as you can go.

South Maui without a car: Getting to Wailea by bus

The Maui bus does go to Wailea.

The furthest south you can go by bus is basically to Wailea, and more specifically to the outdoor shopping mall called the Shops at Wailea. This can be your point of reference on a map if you’re trying to figure it out.

How many things on this list you can do without a car depends on how far you’re willing to walk from the bus stop!

See more about how to take the Maui bus.

Things to do in South Maui

This will be the furthest north beach on this list.

There are quieter parts on this beach if you walk a bit further along.

You can also make it a nice beach walk by walking across some lava rocks from Ulua Beach too. (Next on list.)

This is one of the top snorkeling spots in South Maui, and you can get here by bus.

3. The Shops at Wailea

There’s an outdoor shopping mall in Wailea, called the Shops at Wailea. See the list of stores and restaurants.

There’s also a famous ABC store here, which is a chain of convenience stores that you’ll find across Hawaii.

There’s a golf course in Wailea.

One of the famous beaches in Wailea, called Wailea Beach!

Another great beach in South Maui.

Beach hopping in Hawaii, South Maui style! Or something like that.

Or just go for a walk for the sweeping ocean views.

Also if you are on Maui during whale season (generally speaking during winter months), then you might even see whales from shore as you are walking along the coastline! Maui is known to be one of the best (if not THE best) Hawaiian islands for whale watching.

This is another snorkeling spot in South Maui.

If you want to see a cute Hawaiian church on Maui, you can see one here!

There is also a banyan tree on the church grounds. 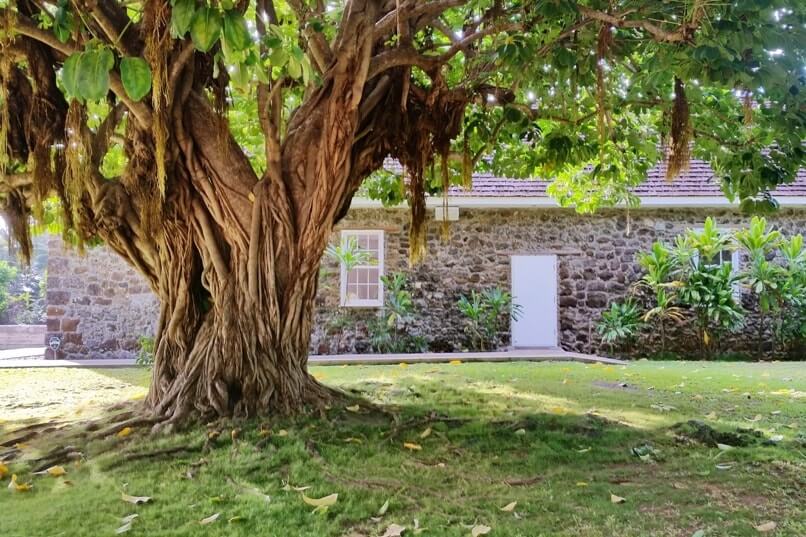 This beach area is also known as turtle town, and it’s a spot that known as a snorkeling spot and being able to swim with turtles! You might even see a turtle popping its head out of the water.

This is a beach you can hang out at.

Although this black sand is only kind of black (if you call it black at all), if you won’t be getting around to the other ones, then you might like this beach.

This is also a beach to go to if you’re looking for a quieter area. This is a beach you can hang out at, and there tend to be less people here.

Makena Beach is a part of Makena State Park.

This is among the most popular state parks on Maui.

It is one of the best Maui state parks!

Makena Beach is a large expansive beach that can be good for hanging out at.

You’ll get to this beach from Big Beach.

This is somewhat of a hidden beach, and there a path to it at the far right of the beach as you’re facing the ocean.

It might not be so much of a secret anymore, but if you didn’t know any better then you would likely drive right past the path to Makena Cove!

So if you’re looking for a smaller beach that’s also likely to be a more quiet beach than other popular South Maui beaches, then you might want to head to Makena Cove.

This is a part of the Ahihi Kinau Natural Area Reserve, and it’s another top snorkeling spot in South Maui.

This snorkeling spot is located right off the road you will drive to get here.

There are limited parking spots around.

There is a very small beach area, but you pretty much walk straight from the road and into the water.

This isn’t really a beach to hang out at.

16. Kanahena Beach aka the dumps

This is also a part of the Ahihi Kinau Natural Area Reserve.

This snorkeling spot once again isn’t a sandy beach to hang out at. In fact it’s a rocky beach, which means it will be a good idea to pack water shoes as part of your Maui snorkeling essentials. (Good to pack no matter what, actually!)

There’s a small parking lot here, and then you’ll take a short trail (maybe less than a minute) across a lava field to get to the beach.

There’s a sign for the best entry spot to get in the water, and that will be off to the left side as you’re facing the ocean.

If you drive down the main road in South Maui and go as far south as you can, you will end up at La Perouse Bay!

You will find grand scenic ocean views here, and you’ll also be driving past lava fields to get here.

And for even more grand scenic views of the ocean and lava fields, you can hike the Hoapili Trail!

This starts from La Perouse Bay, and you will be hiking along the coast across lava fields in South Maui.

This is among the best Maui hikes to do that can be perfect for your first trip to Maui!

Fish tacos are a thing on Maui, and you might see a fish tacos food truck when you’re in South Maui.

If you do, stop for some fish tacos!

You can get it to-go (which really just means putting a foil over the plate) and then take it to your South Maui beach of choice!

And those are some ideas of how to spend your time in Maui!

Get more ideas for how to spend your time on Maui outside of South Maui: 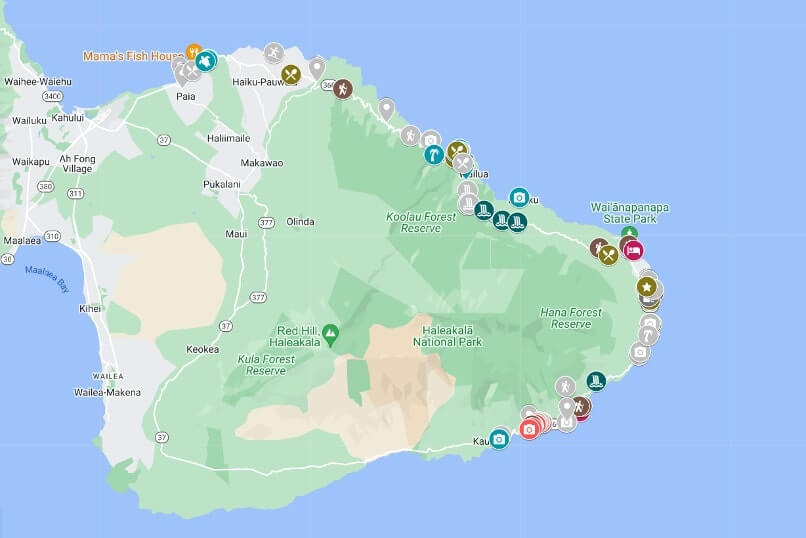